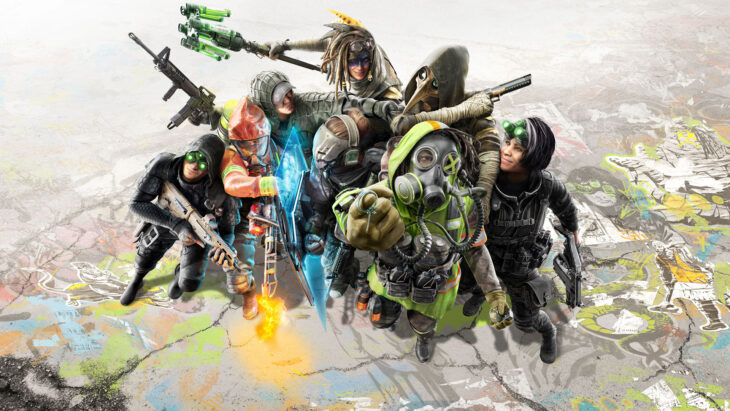 Ubisoft has revealed its brand new hero shooter title to the world, Tom Clancy’s XDefiant. It’s a shooter unlike anything else the publisher has done, bringing together characters from across the Tom Clancy’s universe in a mash-up that looks to be going after the Overwatch player base.

The game is a fast-paced arena shooter with four distinct classes split across four types of character. There are Echelon soldiers from Splinter Cell, Cleaners and Outcasts from The Division, Wolves from Ghost Recon: Breakpoint, and a few others that seem to be original.

A brief trailer for the game showed that each class has its own abilities and powers. Players will use the strengths of each class to their advantage to work as a team and complete various objectives. The game certainly doesn’t look to be a standard shooter, so goals will almost definitely be in place for every match.

The development team made it clear that while there is some sort of story and lore associated with the game, they focused on gameplay first. The shooting in the game is the one aspect that they want to get right, and that’s why they’re inviting people to play the game so early on.

It’s possible for anyone to sign up and play the game early right now on its official website. You can sign up for any platform and will probably be able to play across all of them and against any of them when the final release hits.

The fan reaction to XDefiant has been quite a sour one. Many people believe that this is another cash grab attempt by Ubisoft. The game is free-to-play, so it will definitely feature microtransactions, but could also have season passes as most games do.

This is a model that Ubisoft is moving to with many of its games. While it makes sense from a financial point of view, it’s harming the fan bases that care about Ubisoft IPs so much.

For example, fans have been crying out for a new Splinter Cell game for years, and this is just another game that uses the IP in a way that players don’t care about. Likewise, Ubisoft is focusing on this title instead of building up more content for The Division 2, which has an established and dedicated fan base.

Time will tell just how well XDefiant does when it launches. So far, no release date or even a window has been hinted at.