Hi everyone! My name’s Andrew, and I’m the primary developer on Tunic, which is coming to PlayStation 4 and PlayStation 5 on September 27.

Tunic is an isometric action-adventure about a tiny fox in a big world, where you explore, fight monsters, and find secrets. At its core, however, the game is about mystery and discovery. Well before I started work on the project (which was originally named Secret Legend) I wanted to make a game that captured the feeling of the vast unknown — that delicious feeling of being dropped into a world full of secrets. A stranger in a strange land, ready to uncover its mysteries.

One of the ways I wanted to help players feel like they were in a world that wasn’t meant for them was to fill the game with a strange, unreadable language. Instead of a signpost telling you what’s around the next corner, it would show you some baffling symbols. Instead of the inventory screen labeling things sensibly, it would use the same unknowable runes. It was meant to evoke a feeling of transgression — like you were playing something you shouldn’t. When I was a young kid learning to read, I would play games and be bewildered by the words in them. What better way to evoke that feeling of childlike wonder than to have the text itself be a mystery!

The more I thought about it though, the more I realized that my love for this kind of mystery came not just from the games, but from the manuals they were packaged with. (Or “Instruction Booklets” as they were often called.) I would pore over these documents endlessly, while my friends were playing the games themselves. They filled my head with thoughts of grand adventures, incredible treasures, and terrible creatures — all untempered by the realities of the cartridges the actual games had to fit on.

And so, within the first few months of development, Tunic had its own language, and the beginnings of its own manual. In its final form, the manual is something you collect gradually as you play through the game. Just like those instruction booklets of old, each page is packed densely with information — illustrations, tips, maps, and of course, secrets.

One of my favourite things about those classic manuals is their layout sensibilities and variety of art styles. 8-bit sprites left a lot up to the imagination, so there would often be illustrations: some of them lavish, some of them charmingly doodley. We tried to capture that same variety in Tunic’s manual, with professionals handling the lavish side of things, and me providing the doodles. 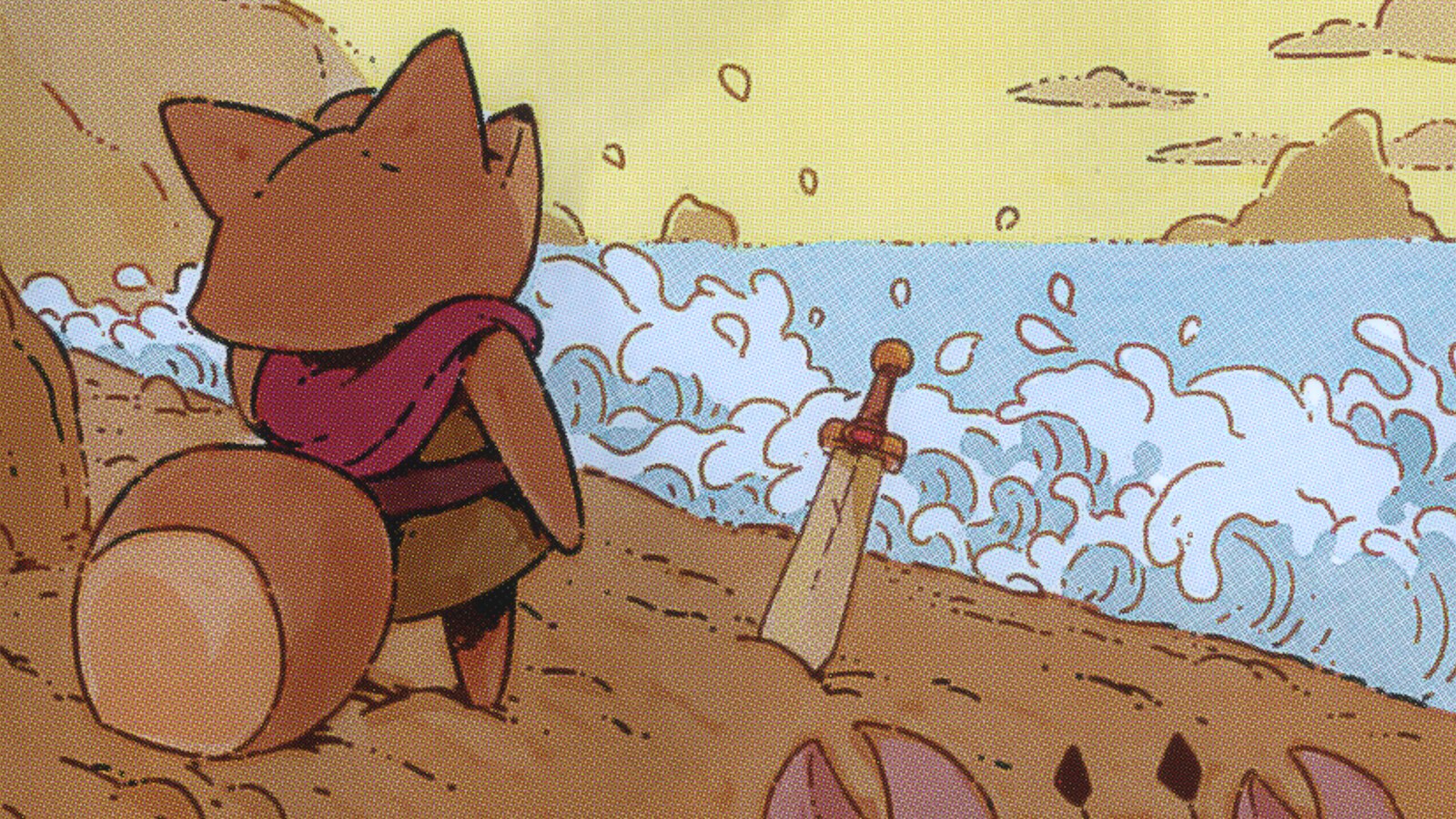 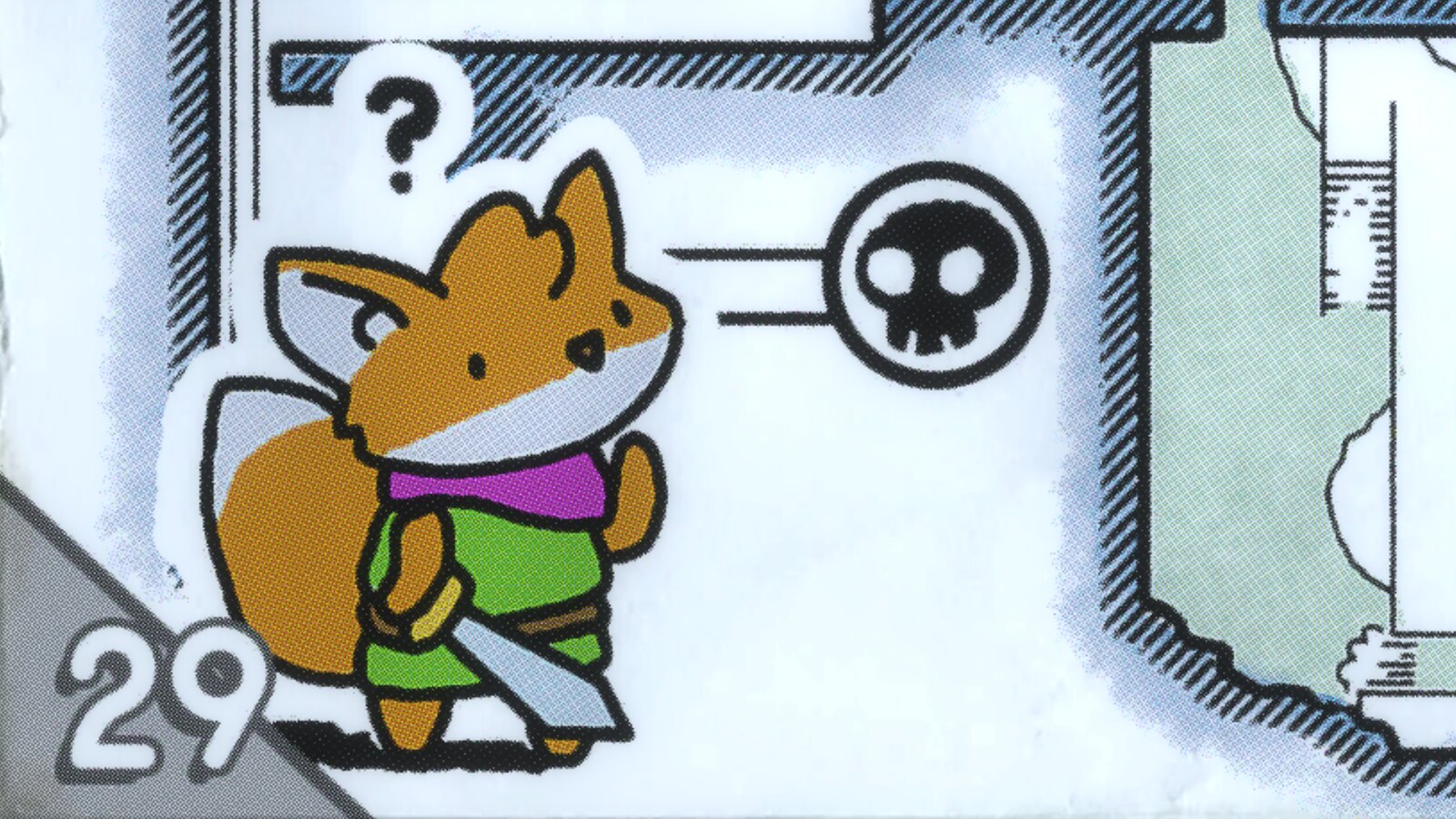 Another important part of capturing the feeling of leafing through an old-school manual was its physicality. It’s all well and good to look at a nice clean image, but it’s more delightful to flip through something that feels like a real object. We put extra effort into reproducing the artifacts of old print processes, even going so far as to have visible staples in the middle of the book. By pressing the X button, you’ll be able to zoom in on each page and drink in the details. To help make it feel as real as possible, I built a real-world version of the manual and then proceeded to destroy it. Folded it, ripped it, taped it, and stained it. Then, I scanned each page individually to use in the game. The effect is subtle, but I think it was worth it!

The real-world version of the manual is blank! That way, we could composite whatever we needed to without reprinting and re-distressing a new manual — important for a game localized into 27 languages!

If you’re thinking “wow, it sure sounds risky to make a game that keeps everything secret, and only provides help with an unreadable instruction booklet,” you’d be right. However, it seems like we kind of hit the sweet-spot with Tunic! When players find a secret that was hidden in plain sight, they feel like they made a real discovery. It’s true that the job of a game is to communicate its mechanics and systems, but if you frame that communication as a mystery to be solved, then the revelation is all the sweeter.

We really hope you enjoy Tunic!