If you’re a fan of RPGs, it’s time to start downloading, because Soul Hackers 2 is out now on Xbox Series X|S, Xbox One, and Windows 10/11 PC! In this technologically advanced world of the not-too-distant future, society has stagnated, and beneath the glitzy, ultra-commercialized veneer, two factions of Devil Summoners wage a deadly war. As Ringo, an agent of Aion tasked with saving humanity from an impending doom, you’ll attempt to unravel the interconnected mysteries that have shrouded the truth.

Soul Hackers 2 takes place in a brand-new, standalone setting, so fans both new and old will find themselves immersed in an easily accessible adventure from the moment they fire up the game. For those of you wondering what to expect, I’m here to give you three reasons why you’ll want to check out Soul Hackers 2.

And there you have it; a gripping, unique story and setting, fun and refined game system, and the promise of being reacquainted with fan-favorite demons, three great reasons for you to pick up Soul Hackers 2. If you’ve been searching for the next great RPG to sink your teeth into, look no further — Soul Hackers 2 has what you’re looking for. 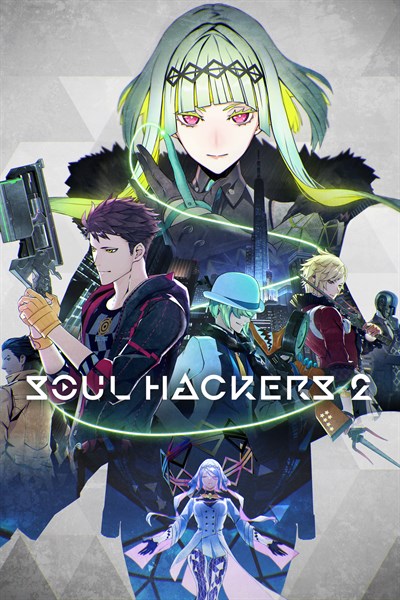 ☆☆☆☆☆ 31
★★★★★
Amidst the glimmer of neon lights, technological advancement causes humans to be consumed by commercial convenience. In the shadows, a war between the Yatagarasu and the Phantom Society is brewing, Devil Summoners who harness the otherworldly powers of “Demons”. Existing in the secret sea of humanity’s data, a digital hivemind has evolved into sentience: Aion. Observing humankind from afar, Aion calculates that a world-ending disaster is imminent and creates two agents to combat against it: Ringo and Figue. Together, these agents of Aion must investigate and prevent a butterfly effect that will lead to the end of the world. By using this product, you agree to this EULA: https://www.sega.com/EULA.