Forge a new frontier this holiday with Sonic the Hedgehog as he speeds into his new open-zone platforming game, Sonic Frontiers. On November 8, the Blue Blur sets off on a new adventure in a mysterious new land in search of the missing Chaos Emeralds and his friends, all while uncovering the secrets of a mysterious ancient island along the way.

Sonic Frontiers is a massive leap for the franchise, taking Sonic, his friends, and the community into the future of 3D action Sonic games while paying homage to previous titles and providing great development for each character. The new high-speed, open-zone platforming gameplay gives players the freedom to explore the Starfall Islands any way they choose at speeds only Sonic can deliver with no pre-determined path.

The Starfall Islands are filled with diverse environments, ancient structures, and mysterious secrets, with each zone offering their own unique activities. Blaze a trail as you see fit to complete side quests, solve puzzles, scale enormous structures, go fishing, and put your 3D platforming skills to the test in Cyber Space. Sonic feels fast and fun to control, making navigating the Starfall Islands both intriguing and exhilarating.

Players will also battle hordes of powerful enemies and confront colossal threats as they race through a world of action, adventure, and mystery. Combat is also more engaging than ever before with the new Skill Tree so players can fight in their own unique way and master their approach.

With nothing but a handful of questions, mysterious strangers, and an unknown voice to guide him throughout his journey, Sonic accelerates to new heights in this free-roaming, action-packed adventure.

Sonic Frontiers launches November 8 and will be supported with Smart Delivery on Xbox Series X|S and Xbox One. Pre-orders are available today on the Xbox Store and will grant in-game bonus items to give Sonic a boost on his new journey.

We’re so excited for players to experience the next evolution of Sonic games this holiday. Please check with your preferred retailer for pre-order availability. 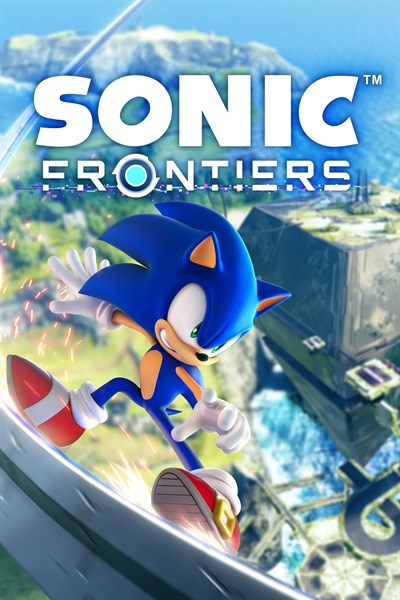 ☆☆☆☆☆ 1
★★★★★
Experience Sonic Like Never Before! Worlds are colliding in Sonic the Hedgehog’s newest high-speed adventure! In search of the missing Chaos emeralds, Sonic becomes stranded on an ancient island teeming with unusual creatures. Battle hordes of powerful enemies as you explore a breathtaking world of action, adventure, and mystery. Accelerate to new heights and experience the thrill of high-velocity, open-zone platforming freedom as you race across the five massive Starfall Islands. Jump into adventure, wield the power of the Ancients, and fight to stop these new mysterious foes. Welcome to the evolution of Sonic games! Pre-order now and receive the Adventurer’s Treasure Box, which contains Skill Points, Red Seeds of Power, and Blue Seeds of Defense to give Sonic a boost on his new journey!