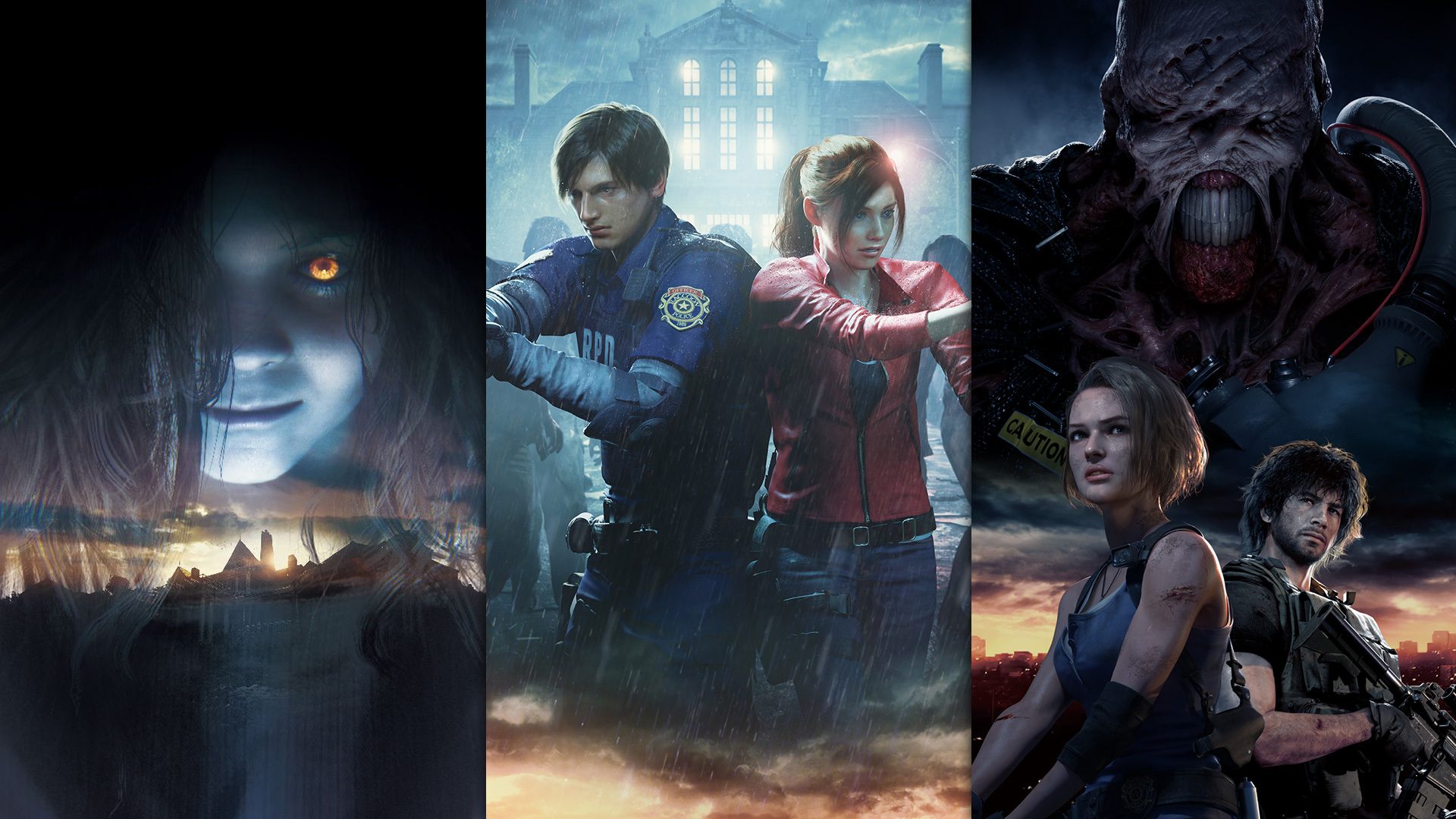 In 1996, the survival horror genre was established with the release of the first Resident Evil for PlayStation, and the series has brought chills and thrills to every generation of consoles since.

Earlier this year, we announced that Resident Evil 7 (2017), Resident Evil 2 (2019), and Resident Evil 3 (2020) are making their way onto PlayStation 5, and that current owners of the PlayStation 4 versions of these games will be eligible for upgrades at no additional cost through the PS4 to digital PS5 upgrade option. I’m happy to announce that the PS5 versions of all three titles will be available at PlayStation Store today.

These upgrades include features such as ray traced visuals, 3D Audio and DualSense wireless controller support that will offer deeper levels of immersion, and we’re really excited for you to get your hands on them. In this blog, I’ll be reflecting on some of the things that made these games so special.

A new perspective on fear

On its release in 2017, Resident Evil 7 biohazard completely stirred up the biohazardous pot, we focused on the fear aspect, as the fast-paced gameplay and the third-person perspective of the modern Resident Evil games was transformed into a slower-paced, dread-filled first-person experience that essentially put you in the shoes of the main character, Ethan Winters, as he explored the dark nooks and crannies of the Baker estate.

Our goal with reimagining the gameplay of Resident Evil for this title was to focus on the fear of the unknown – just like when players got their hands on the first game all those years ago and had no idea what to expect, this new setting, character and the first-person perspective made for completely unfamiliar ground and a truly new kind of horror. That said, we also made sure that the game felt like a real Resident Evil game in many ways, preserving the critical survival horror element of escaping dire situations, from the “mansion”-like Baker house to those familiar herbs.

This game also marked the debut of the then-new in-house RE Engine, which meant that we could bring the audio-visual quality of the game to a whole new level on PlayStation 4, with photogrammetry techniques used to bring high-resolution scans of real-world models, textures and surfaces into the game. With visuals now enhanced with the power of PlayStation 5, you can experience the terror anew!

As the development of the RE Engine was coming together, allowing higher levels of visual representation, the development team felt the time was right to finally revisit classic RE titles for which we had received countless requests from fans to remake for the modern age. The first title we chose was Resident Evil 2.

As fans of the legendary original game ourselves, we wanted to approach this remake with the utmost care and respect, not just for the work of the original development team but for what the game has come to mean to players. It was difficult and at times contradictory to balance bringing new and fresh ideas that would modernize the game while keeping it faithful to the original, but with the power of the RE Engine and PlayStation, fans were able to step into Raccoon Police Department once more as Leon and Claire.

While every aspect of the game’s visuals was revamped to create an atmosphere that surpassed the fans’ memories, making the dark, abandoned corridors of the police station more atmospheric than ever before, the zombies in particular were something we focused on making terrifyingly realistic. Let me just say that the glistening, wet gore of a zombie bite has never looked more convincing!

After the Resident Evil 2 remake, we set out to revisit the next chapter in the series which once again saw Raccoon City face disaster. In Resident Evil 3 (2020), players got to experience Jill Valentine making her last escape from a doomed city, vividly reimagined by the RE Engine – but with constant fear on the side during gameplay, there isn’t much time for sightseeing!

When it comes to Resident Evil 3, we have to talk about the iconic Nemesis. The team was able to build on our work based on Tyrant, “the ultimate B.O.W” from Resident Evil 2 in bringing the Nemesis character to life. Combining all our experience using motion capture and photogrammetry for Resident Evil 7 biohazard and Resident Evil 2, meant that this new version of Nemesis may be one of the most terrifying enemies in the series and indeed in videogame history.

Whether you’re a PlayStation 4 version owner who’s upgrading, or are experiencing these games for the first time on PlayStation 5, I’m sure you’ll enjoy every minute of these modern horror classics.