Hello, PlayStation Nation! It’s that time of year when we get to unpack all the exciting gameplay enhancements and new features coming your way with NBA 2K22! 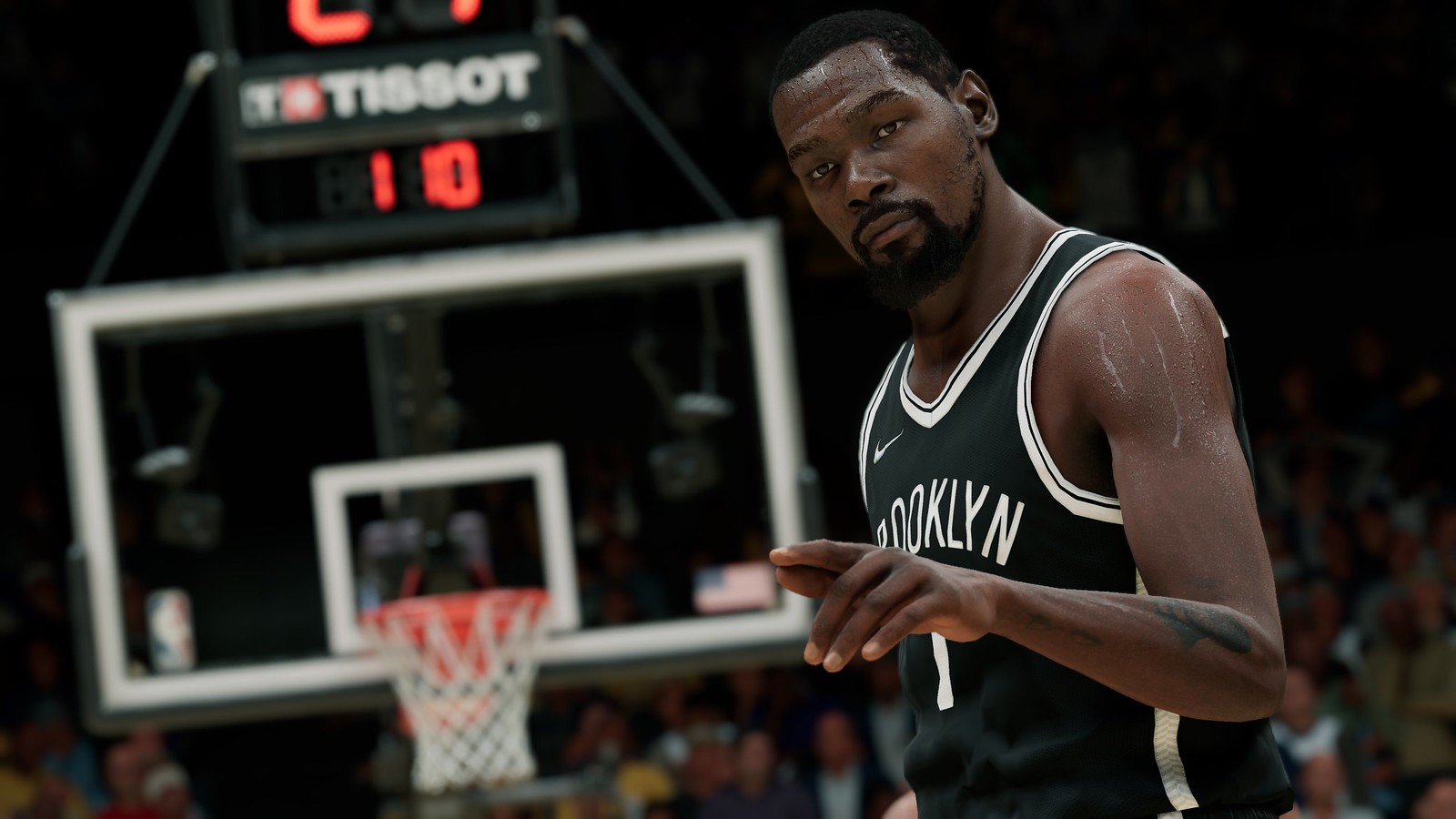 We had an ambitious feature list that we wanted to tackle this year: faster-paced gameplay, tighter and more responsive movement, more skill-based offense, and big changes to the player builder. We made a strong push to ensure that we were delivering the same quality gameplay upgrades on both PS5 and PS4, so no matter which version you run with this year, you’re going to get a brand-new experience.

The primary goal for defense was to give gamers the tools to be able to really change the outcome of the game on the floor and at the rim. If you were a great perimeter defender who anticipated well, we wanted you to be able to clamp up the dribbler and force a pass. If you were a rim protector, we wanted to give you the ability to send away weak shot attempts at will.

The shot contest and blocking systems were completely rebuilt, leading to several new snatch blocks and volleyball spikes that never happened before. The shot contest rewrite removed the “ghost contests” that many complained about, and this year, being out of position or not getting a hand in the shooter’s face will lead to some easy buckets for the offense. On the other hand, properly crowding shooters with good contests will result in plenty of bricks and airballs, as they should.

For floor defenders, body-up rides and bumps feel much more rewarding; particularly for those using the PS5 DualSense Wireless Controller, thanks to the haptic feedback. Shifts, launches, stops, and cuts all feel much tighter, and PS5 players will see a lot less sliding on both ends of the floor as a result of improvements to foot-planting.

Defense was also a major focus on the next-gen AI front. New on-ball defensive positioning logic gives defenders more consistency in their positioning, regardless of their distance from the basket. This, along with motion improvements, allowed us to tighten up general defensive positioning, which means PS5 players will feel more defensive pressure on-ball than was present in last year’s game.

This year, the goal was to marry the Basic Size-ups and Signature Size-ups together and give each player a unique feel and rhythm when sizing up, while also giving the gamer complete control over how the series plays out. The speed stick that we introduced on PS5 last year also returns. So, flicking the stick quickly results in quicker dribbles while slower flicks give you more rhythmic ones. There are around 50 unique signature size-up packages and 32 unique dribble sequences to choose from. Make sure to give all of them a try to find out which one best suits the rhythm of how you like to play. From the movement to the new moves and combos, they’ll be identical between PS5 and PS4!

Now a little treat for the bigs. We spent a lot of time upgrading post play with loads of new content, including new movement and a new arsenal of back-to-basket moves. Similar to face-up ball handling, many of the new moves are cancels and aborts. For example, start a post spin by twirling the Pro Stick, then immediately move the left stick in the opposite direction for a spin back. There are also new R2 fakes that keep you engaged in post, allowing you to chain multiple fakes together without disengaging.

Shooting has undergone many changes for NBA 2K22. There’s a new shot meter with a dynamically resizing make window. This window will expand when you’re taking high-quality shots with good shooters, but will shrink when heavily contested, shooting with a low-rated shooter, or fatigued. The major emphasis for shooting success this year is Shot IQ. The teams that work for open looks and take smart shots are going to see much more success than the teams that force up bad shots. We’ve heavily focus-group tested the new shooting mechanics with players of all skill levels and believe this is the best that shooting has ever felt in NBA 2K.

We’ve revamped the blocking system in NBA 2K22 and we’re now giving rim protectors more tools to make great stops at the rim. On top of that, on PS5, we’ve added timing meters to both alley-oop and aggressive skill dunk attempts. When an alley pass is in the air, you’ll need to press the Shot Button at just the right time to finish off the oop. And on the dunking side, holding Sprint and pulling straight down on the Pro Stick will trigger the aggressive skill dunks.

In NBA 2K21, we debuted a brand-new player builder on PS5 that allowed you to set up your attribute caps however you saw fit. We’ve made a lot of adjustments to the system this year, including significantly increasing the amount of badge points at your disposal, and making it easier to identify the available badges, the cost at each tier, and the attribute thresholds required to hit each tier.

There’s also a new MyPLAYER upgrade that’s exclusive to PS5 called Takeover Perks. These are modifiers that you can unlock and equip to strengthen your existing Takeover abilities! We won’t list them out because we want them to be a surprise, but it’s a great upgrade to the Takeover system that adds a layer of depth and strategy to how you compete online.

From the outset, our goal was to create fun and competitive gameplay for all. The community’s passion for 2K is what drives us, and many of our features come directly from you. So, have a great time with NBA 2K22, and we can’t wait to read your feedback, watch your videos/streams, and continue to work with you to mold the best basketball game on the planet! Tip off on September 10.